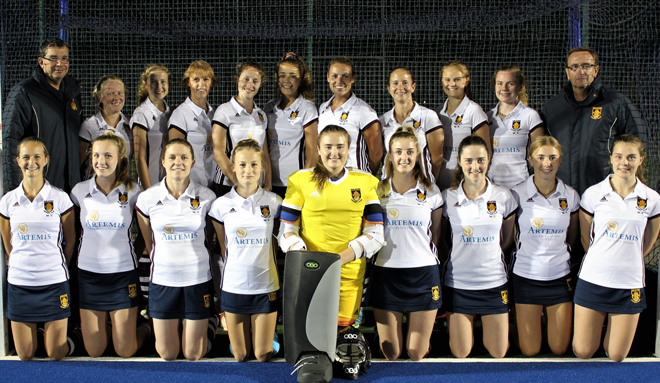 Seamus 'Shay' O'Connell continues this season as our Women's 1st XI Coach after a first hugely successful season with us in 2017/18 when the Women's 1st XI won the South Div 3b League and earned promotion.

The team consolidated their Div 1 position in 2019/20 with a 5th place finish in a season where they earned triple promotion from the South Indoor Qualifiers to the England Hockey Divison 1 Indoor Super Sixes!

The covid-affected season of 2020/21 meant that the season was declared null and void.

In the newly restructured leagues of South East, the team were undefeated in the 2021/22 season with 20 wins and 2 draws, scoring 132 goals and only conceding 17. The first place finish earned the team promotion to the National League.

Shay came to GHC with more than 10 years experience in the Men's and Ladies' National League, notably having led Staines Ladies from the Middlesex Premier League through the South and into the National League.

In the England Hockey Player Pathway he has been both Boys and Girls JRPC Head Coach at several age groups in Oxford and was Middlesex Director of Junior Hockey for 3 years.

We welcome new players. Please use the contact details above to get in touch!