As the the game of hockey has evolved, so has Guildford - we have 7 Men’s teams, 5 Ladies’ teams, Mixed hockey and a thriving Junior Section with 600 children from 5 to 18 years old. Our Clubhouse is located at Broadwater School in Godalming with two all-weather pitches. The Club is brimming with activity on weekday evenings and weekends with training, matches and social events.

We pride ourselves on providing an enjoyable and productive hockey experience for all age groups and all ability levels. Please have a look at our website and if you are interested in playing or getting involved. We welcome new players. Come and see why Guildford is A Great Place to Play.

The Under 12 Boys and Girls A teams both earned bronze medals in the Surrey County Cup Finals. This qualifies the Boys for the South Regional Finals coming up in April.

Also a massive well done and congratulations to the Under 12 Boys B team who won Silver in the Surrey Plate competition. The boys didn't lose a match all day, scoring 16 goals and letting in 0 - though the penalty shoot-out didn't go their way hence silver instead of gold.

You won't want to miss the celebration of an excellent GHC season - click here for more information and to book: 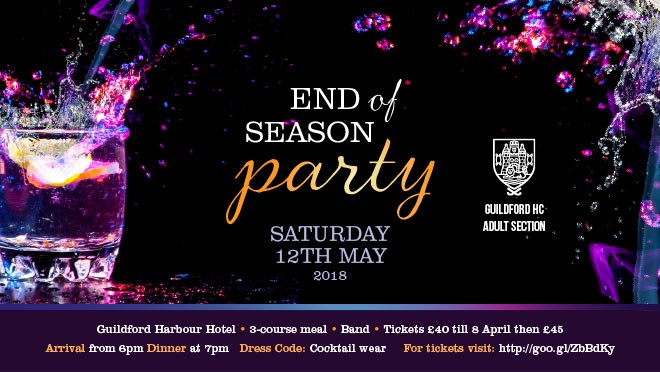 In what the EH announcer described as unprecedented, all four places in the pool were decided on penalty flicks with Guildford overcoming Spencer to top the group for progression to the Gold medal match. A very tense final against Surbiton ended 0-0 resulting in the team's second shoot-out of the day which was won at 3-1 following excellent flicks from the takers and three outstanding saves!

Fantastic day - congratulations and well done to all! 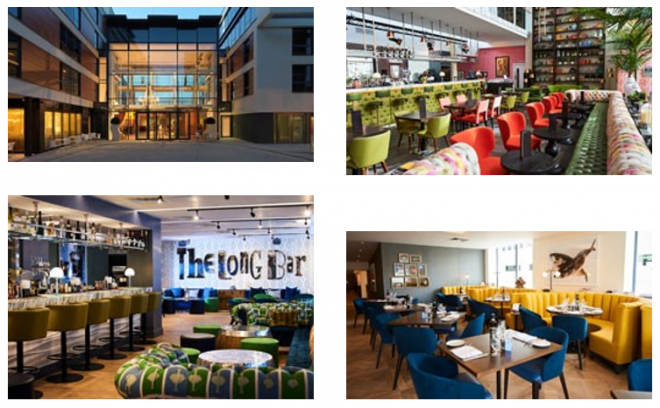 GHC are thrilled to welcome back as sponsory, the stunning 4-star Harbour Hotel in central Guildford.

This luxurious hotel and spa boasts 183 beautiful bedrooms and two stylish restaurants along with the vibrant Long Bar - perfect for an impromptu after-work drink or a night out with friends and team-mates.

This is an exciting new relationship for Guildford Hockey Club and we look forward to working with the Harbour Hotel.

If you haven't yet been to experience it, go enjoy the spa or a night out. For more details and stories have a look at the: 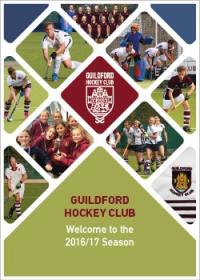